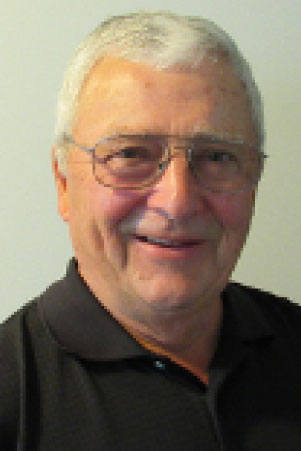 Steve Northey
After completing 25 years as an advertising executive at the London Free Press, Steve Northey moved on to accomplish a number of new endeavors. He created a monthly newspaper ‘Sport Times’, directed a one-year marketing program for Pathways – Ontario Works, then returned to newspaper advertising at the Goderich Signal Star, and the Lakeshore Advance in Grand Bend before retiring in December of 2011.

Married to Melodie since 1990, Steve is a proud father to four daughters and a son and loving “Papa” to eight grandchildren and one great-granddaughter.

Steve created a legacy, the Brain Tumour Foundation of Canada, to honor his daughter Kelly, who died of a brain tumor in 1982. As co-founder and lifetime member, he has been instrumental in developing this successful international organization to raise money for research, education, and support of those facing the diagnosis of a brain tumor.

Steve also co-founded Bereaved Families of Ontario, London Chapter. Over the years, he has held Board and Committee positions for St. Justin’s Catholic Church Advisory and the creation of the F.W. Merrill Church Hall, St. Peter’s Catholic School, LAVA, London Fundraisers, and Ad & Sales Club, all of London as well as the Huron United Way, Council of St. Peter’s Catholic Church in St. Joseph, Ontario, Huron Shores United Church in Grand Bend, and since 2005 with Community Living South Huron.

Golf being one of his passions, Steve is quick to organize and participate in many golf tournaments including the ‘Bob Williams Memorial Golf Tournament’ for CLSH.

Steve continues to enjoy his association with Community Living South Huron’s staff, volunteers, and the people supported by this organization. 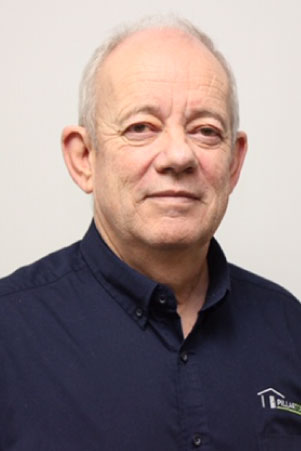 Jake Sweeney
Jake and his wife Jan moved back to Huron county in 2017 after being in the GTA for 26 years. They currently reside in Exeter and have 3 grown children. Jake and Jan met in London and have been married for 40 years. Jan was an Educational Assistant for 25 years working with special needs children of all ages.

Jake‘s 26 years in the Greater Toronto area was spent in various senior management functions primarily in finance and operations. Prior to moving to the GTA Jake was Administration Director/Controller of Schaefer Pens Canada, Inc. in Goderich.

Jake has been involved in a number of boards and advisory committees at St Peter’s in Goderich, Precious Blood in Exeter, London Ovarian Cancer Run and the Direct Sellers Association of Canada.

Jake is semi-retired working Part-time from home in a consulting role. He is excited about joining the CLSH board as a way of giving back to his local community. 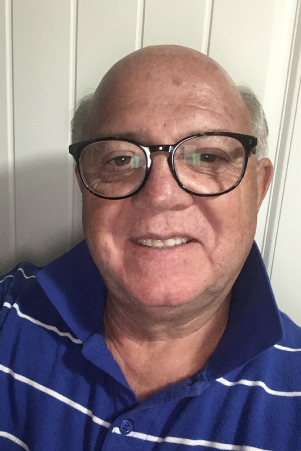 Thomas McIntosh
At University I learned a life message that you chose a profession or career that you really would like to do and NOT to go after the Money as it will follow.
This led me to nearly two decades working in management positions with MTO. Then a family opportunity to venture into raising ostriches brought me back to Strathroy. Longing to get back working directly with people, I began two jobs. One as a PSW for Strathroy Community Living and one as an Educational Assistant in Special Education. This latter position led me to attending Teachers College at D’Youville College in Buffalo with a History/Geography and French teachable.

Throughout my working career I was always volunteering. At MTO it was annually with the United Way of GTA and the Heart and Stroke Foundation. In Strathroy, I served my church, Strathroy United Church on Property Committee and its Council. I was also recruited as a Board Member for the local mental health organization called Search Mental Health Services which I served for nearly 12 years. During which, we initiated a triple voluntary merger with Canadian Mental Health in London and WOTCH Community Mental Health Services. In both these non-profit organizations I initiated and oversaw the installation of a 10-kilo watt Roof Mounted Solar Project providing them with tax free additional future funding for 25 years.

Now residing in Grand Bend, Diane and I welcome our family and friends to the Lake House. 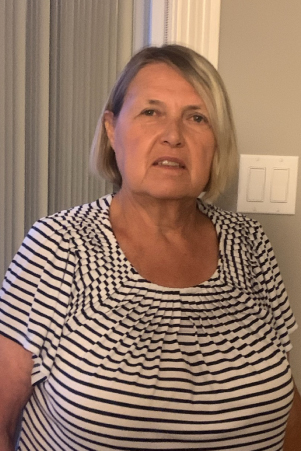 Ann Brabender
Hi my name is Ann. I have been retired from healthcare for the past six years. My work experience includes Hospital, Long Term Care and Primary Care settings.

Most recently, I just finished volunteering on the Alzheimer Board of Directors for two consecutive terms. As an Alzheimer Board member, I sat on various committees including fund development, finance, nominating and executive.

We have lived in Huron County for 23 years along the lakeshore. In my spare time I enjoy gardening, travel, cooking, pets and spending time with grand children. 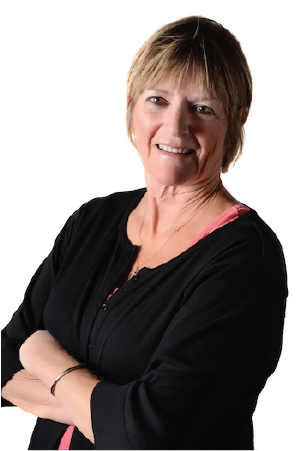 Marg Wright
Marg is married with two grown children. Her first “real” job was at the Adult Resource Centre from 1973 to 1977, working in all areas of the new operation. She moved to New Zealand and worked in the social work department at a local hospital. When she moved back to Ontario, she began a 30-year career as a caseworker with FBA/ODSP. She retired in 2012. Marg brings an awareness of government programs, funding and transfer payment agencies to the Board of Directors of Community Living South Huron. She has a great relationship with many local agencies and groups who have similar goals and concerns as CLSH. She also volunteers as a driver with the Canadian Cancer Society. Marg enjoys interacting with the clients and is amazed at how far CLSH has come since its inception! 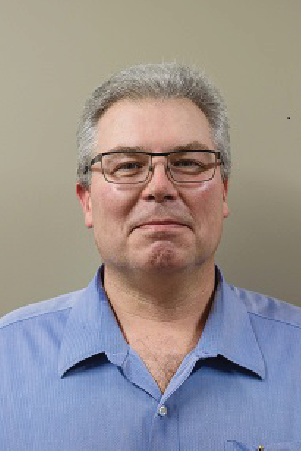 Greg Counsell
Greg has had a long career in high tech with stints at Corel Software, Infowave, and BlackBerry and is currently with Scotiabank as a Project Leader in IT. He relocated to Exeter with his partner, Sonya, and her two children Emily and Kenny from Kitchener in 2017. Emily has a congenital disorder called Kabuki Syndrome, and after moving to Exeter they found Community Living South Huron and it’s ARC Day Program for Emily and it is without a doubt the best resource Emily has had the privilege to attend. Greg is proud to sit on the Board of CLSH and hopes to continue there for a long time to come as a passionate advocate for Emily and all her new friends supported by CLSH. 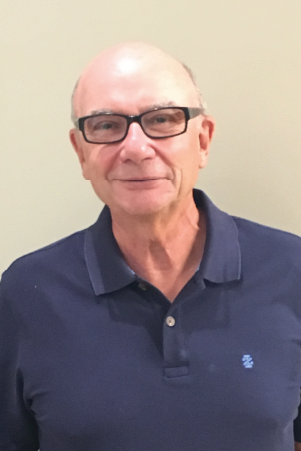 Doug Kennedy
Doug is married to Vanessa they have 3 grown children. He was in the insurance and investment industry for over 35 years. He enjoyed many aspects of the business from sales, sales management and various head office functions. He retired in 2011.

Doug has volunteered on many industry boards, the United Way, Kiwanis, and was Easter Seal Chairman while living in eastern Ontario. He also was involved with the board for Credit Counseling. He is honored to be on the Board of Community Living recognizing the value it adds to our community and the individuals it assists. 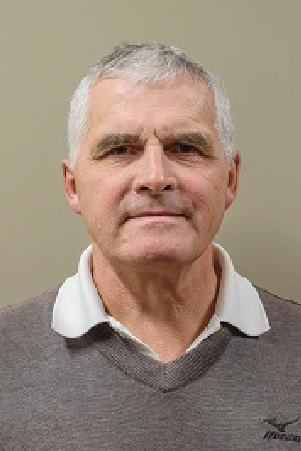 Dana Lewis
Dana & his wife Lee have been “cottaging” in South Huron since 2003. They have recently moved into their St Joseph home full time. They have one daughter currently working in the teaching profession.

Dana worked in the Kitchener area for over 40 years in various financial and operational management positions which were mainly in industrial type organizations. While in Kitchener, Dana & Lee did some volunteering at the Food Bank, Meals on Wheels and Christmas Hamper delivery.

In addition to volunteering with CLSH, Dana can be found either playing golf, organizing golf or just enjoying walks in the neighborhood. Dana also keeps busy doing his own building and renovating or helping friends with their projects.

He is very happy to be getting involved in the community by joining the CLSH board of directors. 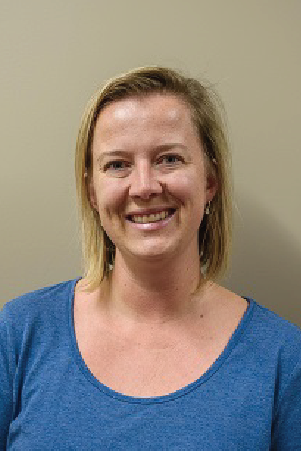 Sarah Oud
Sarah Oud was raised in Grand Bend and now, along with her husband Andrew and two children, lives close to the lake which they all love. Sarah has been an elementary teacher with the Huron Perth CDSB since 2006. Sarah has over ten years of kindergarten teaching experience, has transitioned to teaching grade 6, and has her Special Education Qualifications. She feels strongly about advocating for all children and recognizing their diverse needs as learners and citizens. Sarah brings this same philosophy to the CLSH board. 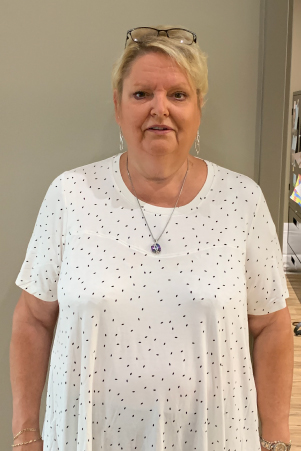 JoAnne Pickering
61+ years of experience. I am retired from the school board for Huron Perth after 25year, I have been retired for 3 years, best job I have had yet!! Married 43+ years to Mike Pickering. We have 4 children, Chad 41, married 10 years to Cecile they have twin boys that are 2+ Austin and William. Angela 38, single mom with 4 children, Madelyn 9, Carter 8, Emily 8, they are twins, and Cole 6. Rebecca 35, lives in the Sanders group home in Exeter. Pamela 34, married to Joel 8 years, 2 children Tyler 6 and Ryan 4. We have lived south of Dashwood on the family farm for 40 years, moved from a home in Crediton. Both my husband’s parents have passed away, as well as my father, my mom is in the Nursing home in Hensall. I have been on the board for Community Living for many years off and on. I feel it is important to help make this organization the best that it can be for all that work and attend. 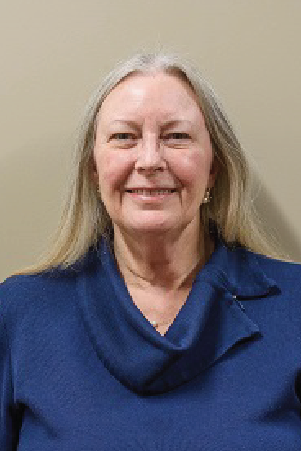 Virginia Scott
I have moved around many times with my parents when my Dad was in the Air Force. I am married, have lived in Grand Bend for over 20 years with my husband, John and my two children, Derek and Devin. Devin has Downs Syndrome and attends ARC Monday to Friday. I trained as a Legal Secretary, worked in a Real Estate Office and later became a Financial Advisor. I am now retired. I was a member of the Grand Bend Lioness, the Winter Carnival Board, Treasurer of Cubs in Lucan and a member of the Board of Stewards at the United Church in Lucan. 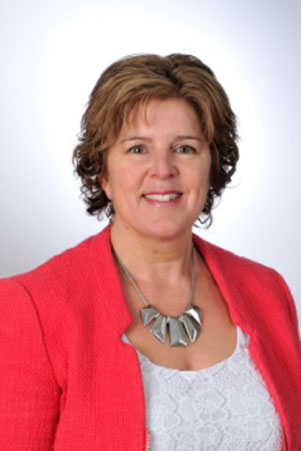 Melanie Hardie
Melanie Hardie is a Certified Financial Planner & Investment Specialist with Scotia Global Asset Management. In that role, she works with a select group of clients in the Exeter, St Marys, Grand Bend & Mitchell markets.

Melanie has been married to Gord Hardie for 30 years and has raised three children in cities all over Canada. She and her family have been in Exeter since 2006. She grew up in London, Ontario and attended the University of Western Ontario. 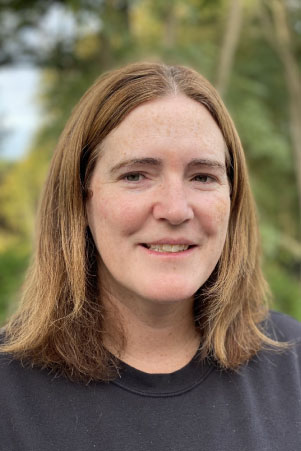 Jessica Langan
Jessica Langan lives with her husband and three children in Bayfield, Ontario. She has worked for the Huron-Perth Catholic District School Board as a Music Teacher, Classroom Teacher and Special Education Resource Teacher over the past 16 years. Jessica is currently the Coordinator of Special Education for the HPCDSB. She is passionate about meeting the needs of all students and advocating for inclusion in both school and community settings. In here spare time she enjoys being with her family and friends.